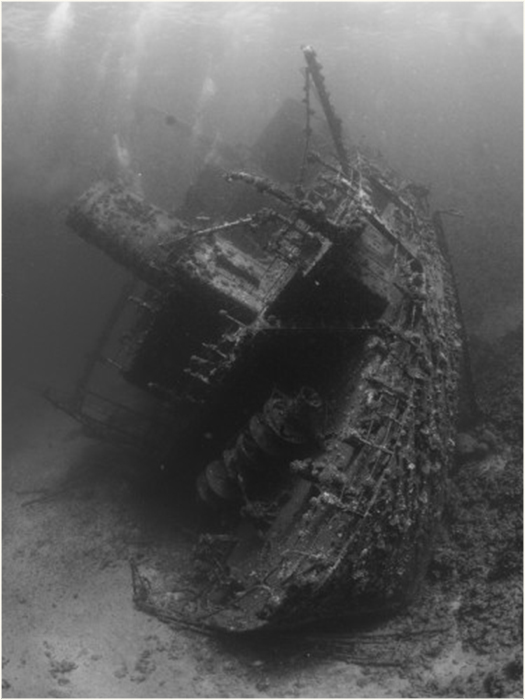 Wreck diving does have a certain thrill about it. For however long man has sailed the seas human dramas have been played out on vessels either as they plied their trade or, as military vessels, seeking to destroy their enemies.

Researching the ship’s history and the cause of its sinking before the dive helps to give it context while learning about how it’s lying and what you should be able to see will help you get the most out of your dive. And once you’re on the wreck, knowing that it was once a bustling centre of activity and that on many wrecks lives were lost, adds a certain poignancy in sharing the space with it.

But life goes on. It isn’t too long before the vessel itself is transformed and reshaped by  very different types of life which take hold on barren metal.

In the tropics colonisation by corals and sponges takes place relatively quickly and their vivid colours will be revealed as you shine your torch across them. Meanwhile, fish and invertebrates begin to make the wreck their home and you can observe them as they go about their business, feeding, mating or avoiding being preyed upon in places and spaces once occupied by sailors.

Wreck penetration reveals more about the vessel and, while not for everyone, and only doing so with proper training, planning and safety in mind entering the confines of the vessel’s interior can make the dive even more exciting and rewarding.