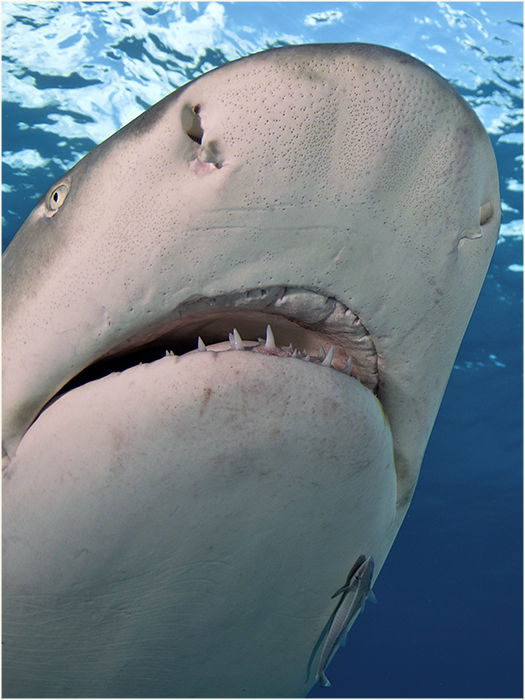 About Sharks and Rays

Over 400 million years of evolution have created some of the highest performing sensors found in any animal. Sharks can smell certain substances 10,000 times better than humans and they are able to amplify low light which makes them more efficient in night hunting than cats, foxes or wolves. Their remarkable electro sensors ‘Ampullae of Lorenzini’ can be seen as little pits on the underside of their heads and are able to detect extremely faint electrical signals from potential prey. Their hearing is also well developed and sharks are especially sensitive to low sound frequencies which are typically given off by sick or wounded animals.

Sharks are the oceans’ apex predators and play a vital role in the health of marine ecosystems. However, they are among the most endangered species in the oceans. It has been estimated that each year some 100 million sharks are taken from the oceans either as by-catch or to satisfy the insatiable appetite for the multi-billion dollar Chinese shark fin industry. Research suggests that most species will have disappeared from the oceans within a decade.

Rays too are coming under increasing threat. As sharks become scarcer so intensive, long-line fishing vessels are turning their attention to rays. New demand from Asia for dried gill rakers used in traditional medicines is having a serious impact on species such as Manta and Mobula rays.