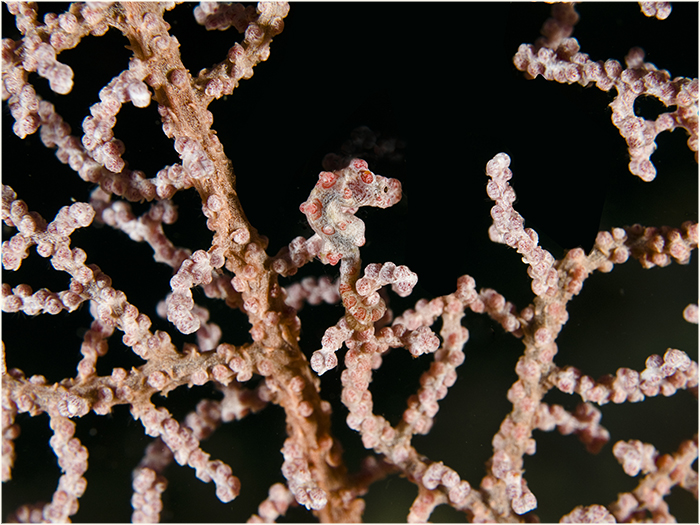 About Seahorses and Pipefish

Seahorses are members of the Syngnathidae family of fish which also includes pipefishes and the weedy and leafy sea dragons. There are over 80 species of seahorse mainly found in shallow tropical and temperate waters throughout the world and living in sheltered areas such as coral reefs, seagrass beds and mangroves.

Sizes range from 14 inches (36cm) to around half an inch (12mm). The smallest sized individuals are the pygmy seahorses – an underwater photographer’s delight. Hippocampus bargibanti has evolved to mimic the gorgonian on which it lives (Muricella sp.) by having tubercles of a similar colour and shape as its host. At a little under 2cm as an adult Hippocampus denise is the world’s smallest seahorse and was only discovered in 2003.

Seahorses are monogamous and mate for life and are unusual in that it is the female which lays its eggs in the male’s pouch which he then fertilises internally. Pygmy seahorses differ from other seahorses in that they do not have a brood pouch but instead have a brooding cavity in the trunk of their body.

Today seahorses are under serious threat from coastal habitat depletion, pollution and uncontrolled collection where they are used in traditional Asian medicine and as aphrodisiacs.